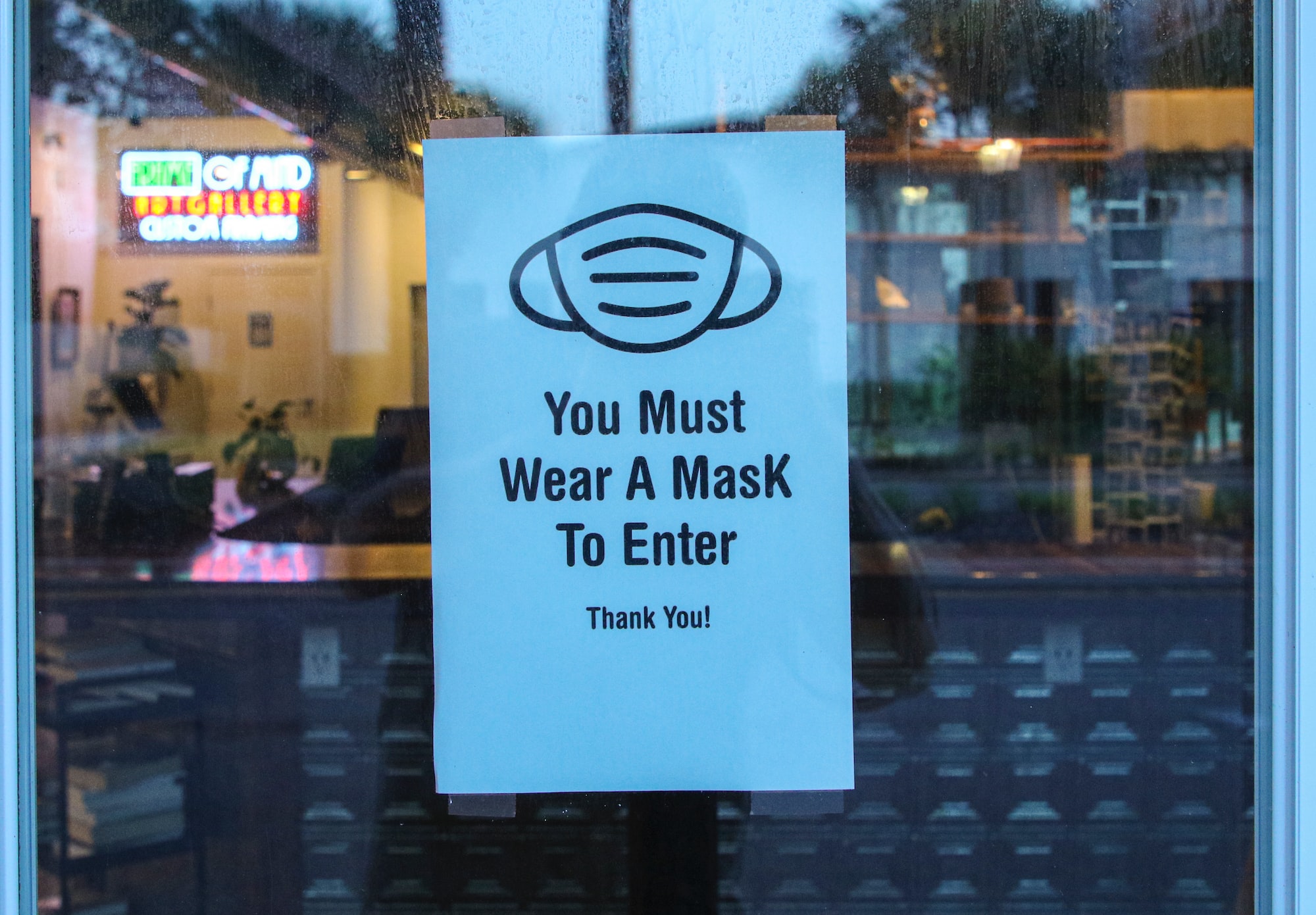 This article originally appeared in the August/September 2020 issue of Canadian Music Trade.

“Walmart Workers Are Terrified of Enforcing Mask Rules” read a recent headline on TheDailyBeast.com. “A lot of our people have been verbally harassed to the point of breaking down and just quitting,” said one Indiana-based store manager in the article.

If you have spent any time on Facebook or Twitter in the last month or so, you’ve likely seen at least a few viral clips of irate customers getting verbally and physically abusive, even outright racist, when told they need to wear a mask. A convenience store owner in Toronto was severely beaten by four men after telling a woman she had to either wear a mask or leave. A security guard in Michigan was shot dead for trying to enforce mask-wearing rules.

Sadly, selfishly belligerent customers are nothing new to the retail environment, but the rhetoric and volatility of an extreme segment of the “anti-masker” crowd does seem unusually heightened these days. Assaults over masks are very rare and make headlines because they’re the exception, but apart from the truly irrational people, there is a larger segment objecting to masks and other necessary precautions of our current situation that might not get threatening, but will be more, let’s say, “difficult.”

“Whether there is a government mandate or not, if your goal is to keep your customers safe and make your customers feel safe, then I think it’s imperative to create the policy and that employees have to be very strict. Managers also have to ensure that employees follow the policies themselves,” begins customer service expert Shep Hyken, a regular NAMM U speaker who’s also a musician himself.

If customers see employees not physically distancing and not wearing masks (or, as Shep says he’s seen, not wearing masks properly), then it sends two troublesome signals to customers. For those customers who are only begrudgingly following the rules, it makes them think, “Why do I have to follow these irritating rules if you’re not?” That is going to lead to problems. Then, for customers who are rightfully concerned about the virus and feel the rules are necessary, it sends the message that “this store doesn’t really care about your safety.”

So, that’s the first thing; if employees aren’t following the COVID safety rules themselves, then they don’t have a leg to stand on when customers object.

Now, when it comes to customers not following the COVID safety rules, Hyken says there are basically three categories they fall into. “Number one, there’s somebody who simply forgets their mask. Almost every good retailer has inexpensive masks that they can just give to somebody that forgot their mask. That’s not cost-efficient, but it is easy and it’s something you just have to do in today’s situation. Number two, there is a medical reason why a person can’t wear a mask. Now, those are few and far between, and you may reasonably wonder whether it’s true or not. But just like you can’t ask somebody about their disabilities, you probably can’t ask somebody about their medical condition, either. But if that is the case, you just have to be diligent about practicing [and enforcing] social distancing. And then there is the third one, which is an outlier but you read about these because they’re sensational,” explains Hyken, alluding to the belligerent anti-maskers. “There’s people who feel it’s within their right to make their choice. And it is, but if it’s a government-mandated issue, your choice is whether to follow the law or not. The retailer also has a choice as to whether or not they want to allow certain customers in or ask them to leave.”

Hyken is fond of the saying, “The customer
is not always right, but they’re always a
customer, so let them be wrong with dignity
and respect.” That sentiment is at the heart of
how he advises retailers to deal with difficult
customers, regardless of the issue they’re mad
about. Be firm on your rules, but also consolatory
and do not antagonize them.

“When you have a bad customer who you feel is belligerent and insulting to your employees, that’s the time to ‘walk a customer.’ And regardless of it being a mask issue or not, when they start to show disrespect to your people, it is important for a manager to step in and walk a customer and show that the employees are more important to the company than the customer is,” Hyken says. “Managers should know how to properly do this and they should allow that door to stay open for that customer. Say, ‘Hey, we’d love to do business with you and when you’re ready, come on back, but realize that we want to treat our employees with dignity and respect, and want to treat you with dignity and respect as well. So, when we’re all willing to do this, come on back. In the meantime, try the music store down the street.’ I think the message you send to your employees is very powerful when you do that.”

Of course, just because someone isn’t
wearing a mask when they walk in doesn’t
mean they’re trying to make some kind of
statement. It’s just as likely, or actually more
likely, that they simply forgot.

“Here’s a real-life example. I was in a store the other day and a gentleman walked in without a mask. The [employee] walked right up to them with a mask in-hand and said, ‘Hi sir, we wear masks in our store. Do you need one?’ The customer looked at him and went, ‘Oh, right, thank you!’ and he pulled out his own mask and put it on,” Hyken recalls. The main thing, he says, is to be courteous and cheerful. Offer help, either in the form of a kind reminder or a mask, and don’t be reprimanding.

“I often believe that the way you help a customer out of a confrontation is to ask
the right question that gets you the answer you need, even if it’s ‘no,’” Hyken adds. “So, walking up to somebody and saying [in a happy tone], ‘Hey, how you doing? Do you need a mask?’ That’s a whole lot different than saying [sternly], ‘Hey, we have a rule that you can’t come in here without a mask. Do you need one?’”

Also remember that even customers who are trying hard to follow the new rules may be forgetful. Old habits die hard, after all. This is especially true when it comes to keeping 6 ft. from other people, or following the one-way arrows on the floor, for example, because they’re very unnatural behaviours in a retail environment.

“If somebody is just forgetful, again the customer is not always right, but they’re always the customer and you let them be wrong with dignity and respect. If it’s truly just forgetfulness, have the inexpensive mask for them to wear and remind them about social distancing — and smile when you do it. Train employees about the right words to use, as opposed to being demeaning and reprimanding somebody. Just be kind and teach.”

Ultimately, the vast majority of people are rational (at least somewhat) and won’t take things to a dangerous level, even if they’re being difficult. But for those irrational outliers, calling the police can become the only option.

“If the customer is just forcing their way in, I think there’s some legal precedent there from the standpoint of calling the police and saying, ‘Look, you’re being disorderly and creating a scene and this is very uncomfortable. You’re going to have to leave and we’re calling the police,’ and then follow through,” Hyken says, though notes that police can’t always show up quickly. “I would really, really hope that you’re using all the etiquette you can, giving them the options that are available, stating that: ‘We really want to do business, but right now this is the way that it is. We want to keep our employees and our customers safe and this is the best way we know how to do it. We understand that you may not agree and so here’s some options. As much as we want you to come back and we hope you do, this is it.’”

Print Music Keep Surviving, And Maybe Even Thriving
Can You Make the COVID-19 Vaccine Mandatory for Employees & Customers?
THE HOME: Selling Products for the New Frontier of Performance & Work